Web Designer VS Web Developer: Do You Know The Difference?

The terms ‘web designer’ and ‘web developer’ are often used interchangeably to describe any professionals building a website. However, they actually are involved in very different tasks.

In essence, we can say that web developers are focused on the programming side of things, while web designers are more into visual designs. While there is some truth to that statement, there are still more things we should consider.

Here, we will discuss the differences between a web developer and a web designer, but let’s start at the very beginning:

On one hand, there’s the beautiful screen including the OS and user interface you can enjoy, the beautiful glass-and-metal body, the perfect placement of the buttons, and all the other things you can appreciate on the surface with sight and touch.

On the other hand, there’s the CPU and GPU inside the smartphone, how the OS is coded, and all the other things that are harder to appreciate. However, we can appreciate them through performance.

A website is akin to that smartphone: there’s the aspect we can enjoy by sight, the aesthetic portion of the website and the interface. This is the aspect handled by web design.

Similarly, there’s another process working behind the screen to actually build a functional website and ensure its performance. This is achieved through programming from HTML, CSS, PHP, and other languages through a process we call web development.

An In Depth Look On Web Designer

The main goal of a web designer is to make sure your website looks good. However, in more recent development, the job scope extends to how a website feel, an aspect we call user experience (UX). Web designers, contrary to common misconception, is usually not a pure graphic designer, but also utilizes coding like CSS and HTML to develop their designs and especially website layout.

There are two different aspects of web design, which might be handled by just one web designer or different specialists:

The main focus of user interface design is to arrange all the different elements on a website to be aesthetically pleasing. User interface designer is considered closer to a pure graphic designer—although not quite—, since the main responsibility is about visual aesthetics, adhering to the common design principles.

In UX, the main focus is not aesthetics, but rather how the user can enjoy interacting with all the different elements within a website to achieve their specific intent. One of the main jobs of UX designers is to make sure the website navigation is seamless, no matter the purpose of the user is. Compared to UI designer, UX is a more technical and analytical field, and the main focus is not about graphics.

Both UI and UX are equally important and can’t work without the other. Proper user interface design is required to build a solid foundation for user experience, but on the other hand, proper UI designs without a working UX is useless.

Both UX and UI must be performed so that not only user intents are perfectly translated to improve user journey, but also to project the brand’s unique voice or style.

An In Depth Look On Web Developer

As discussed above, the main goal of a web developer is to make sure a website is performing as desired, according to the web designer’s design.

Typically, the web designer will provide a concept, where the developer will first build a framework using JavaScript or other languages. The web designer can then put all the elements of the website on this framework.

After that, if more coding is necessary, the web developer will pour more programming codes until the desired website performance is achieved.

Called ‘back-end’, because here the web developer is focused on the server side—and not seen by the user—, and this is where the website’s foundation, the core architecture is built.

The primary focus is how the site perform, including making the necessary changes and updates while continuously monitoring performance.

Back end developers or programmers typically use languages such as PHP, JavaScript, Python and .net to build how the site will communicate to a server, as well as the site’s database, among other functions the user’s eye can’t see.

Opposed to back-end, front-end programming is called ‘client-side’, and the main focus is to manage—coding-wise—- anything a user see in their browser. Front end developers typically work closely with a UX designer (or they can be the same person).

Programming languages typically used for front-end development are HTML, CSS, and JavaScript to create any elements users can see from buttons to forms to menus.

In a nutshell, back-end development is about site architecture while front-end is about user interaction.

It’s common to be confused between the rather blurred lines between a web developer and a web designer, and above, we have discussed the main differences between the two.

If you are planning to hire a web designer or web developer, and are still confused about who to hire, the easiest thing is to look at the core of the tasks:

On the other hand, if it’s programming related like develop a new form, create an app, troubleshoot server issue, etc., you need a web developer. 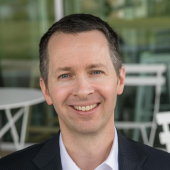 What is the cost of building a website? The answer can vary greatly depending on many different factors from your budget to the goals of the website itself. In this guide, we will discuss how much building a website will really cost for most people.  The Necessary Resources To Build a Website Before we can […]

When planning to build a website in 2019, we have two main options: using website templates from various platforms, or build a custom website from the ground up. Both options have their own advantages and disadvantages, and ultimately the decision will depend on your needs and goals in building a website. Here, we will discuss […]

Wix VS WordPress: Which Website Builder Is Better For You?

Both Wix and WordPress are two most popular options in building websites nowadays. They are both great platforms aiming to provide an easier time to build a website, but both have different approaches with each other, as we will discuss below. WordPress VS Wix: What Are The Main Differences? WordPress and Wix both have similar […]

What Is Responsive Web Design? All You Need To Know

Get a Professional Services, Call us Now

We Create Websites is a premier web design and web development company with head office in Toronto. We have been rated 5 out of 5 by our clients on Google for exceptional customer support, award wining web design and digital marketing.